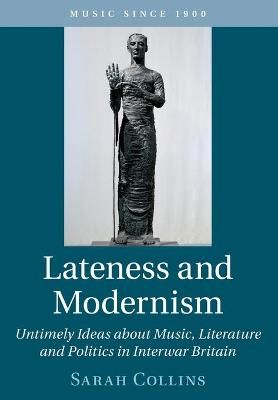 In the aftermath of World War I, a sense of impasse and thwarted promise shaped the political and cultural spheres in Britain. Writers such as D. H. Lawrence, Hilda Doolittle, T. S. Eliot and Wyndham Lewis were among the literary figures who responded by pursuing vividness, autonomy and impersonality in their work. Yet the extent to which these practices were reflected in ideas about music from within the same milieu has remained unrecognised. Uncovering the work of composer-critics who worked alongside these figures - including Philip Heseltine (Peter Warlock), Cecil Gray and Kaikhosru Sorabji - Sarah Collins traces the shared tendencies of literary and musical modernisms in interwar Britain. Collins explores the political investments underpinning these tendencies, as well as the influence of English Nietzscheanism and related intellectual currents, arguing that a particular conception of the self, history, and the public characterised an ethos of 'lateness' within this milieu.