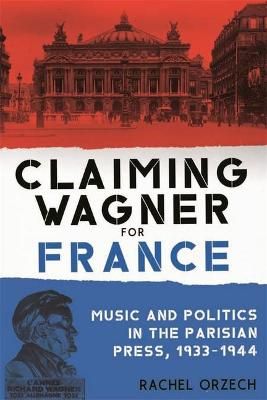 New, Claiming Wagner for France: Music and Politics in the Parisian Press, 1933-1944

Richard Wagner was a polarizing figure in France from the time that he first entered French musical life in the mid nineteenth century. Critics employed him to symbolize everything from democratic revolution to authoritarian antisemitism. During periods of Franco-German conflict, such as the Franco-Prussian War and World War I, Wagner was associated in France with German nationalism and chauvinism. This association has led to the assumption that, with the advent of the Third Reich, the French once again rejected Wagner. Drawing on hundreds of press sources and employing close readings, this book seeks to explain a paradox: as the German threat grew more tangible from 1933, the Parisian press insisted on seeing in Wagner a universality that transcended his Germanness. Repudiating the notion that Wagner stood for Germany, French critics attempted to reclaim his role in their own national history and imagination. Claiming Wagner for France: Music and Politics in the Parisian Press, 1933-1944 reveals how the concept of a universal Wagner, which was used to challenge the Nazis in the 1930s, was gradually transformed into the infamous collaborationist rhetoric promoted by the Vichy government and exploited by the Nazis between 1940 and 1944. Rachel Orzech's study offers a close examination of Wagner's place in France's cultural landscape at this time, contributing to our understanding of how the French grappled with one of the most challenging periods in their history.