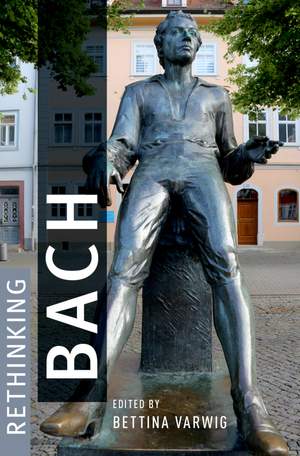 Johann Sebastian Bach has loomed large in the imagination of scholars, performers, and audiences since the late nineteenth century.This new book, edited by veteran Bach scholar Bettina Varwig, gathers a diverse group of leading and emerging Bach researchers as well as a number of contributors from beyond the core of Bach studies. The book's fourteen chapters engage in active 'rethinking' of different topics connected with Bach; the iconic name which broadly encompasses the historical individual, the sounds and afterlives of his music, as well as all that those four letters came to stand for in the later popular and scholarly imagination. In turn, challenging the fundamental assumptions about the nineteenth-century Bach revival, the rise of the modern work concept, Bach's music as a code, and about editions of his music as monuments. Collectively, these contributions thus take apart, scrutinize, dust off and reassemble some of our most cherished narratives and deeply held beliefs about Bach and his music. In doing so, they open multiple pathways towards exciting future modesof engagement with the composer and his legacy.