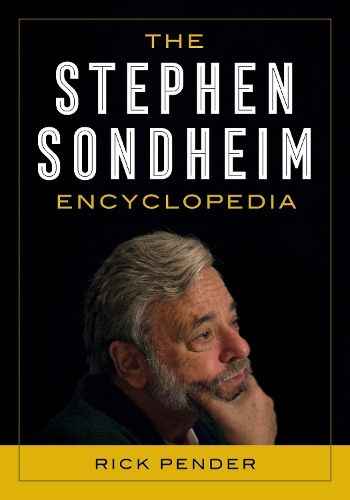 The Stephen Sondheim Encyclopedia is the first reference volume devoted to the works of this prolific composer and lyricist. The encyclopedia's entries provide readers with detailed information about Sondheim's work and key figures in his career, including his apprenticeship with Oscar Hammerstein II, his early work with Leonard Bernstein, and his work on television.

Entries include all of his major works and key songs from such musicals as Assassins, Company, A Funny Thing Happened on the Way to the Forum, Gypsy, Into the Woods, A Little Night Music, Sunday in the Park with George, Sweeney Todd, and West Side Story. Additional entries focus on his key collaborators, from lyricists to directors.