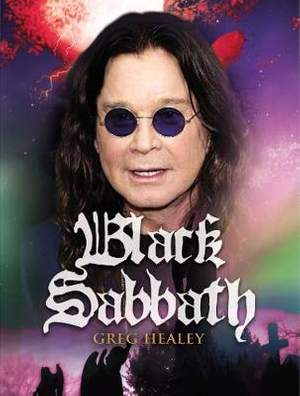 This large, full colour, hardcover book is full of images and an informative read on all things Black Sabbath. Adored by their fans and loathed by their critics, across a career that spanned almost fifty years, Black Sabbath divided opinions more than any other band. From heavy psych to heavy metal, this band of Brummie mates ploughed their own unique furrow, releasing a trove of albums along the way and cementing themselves as one of the hardest working live acts on the road. Friendship, ambition, betrayal and jealousy, alongside a yearning for acceptance, interacted with a prodigious appetite for drugs and practical jokes that drove them to the edge. In the hothouse that was Seventies rock 'n' roll all of these elements combined to make what is a truly remarkable story. This is a tale of how four ordinary working class blokes emerged from the Aston area of Birmingham in the late 1960s and helped to redefine music and invent a genre. Along the way each of them overcame personal travails to conquer the world and become one of the biggest bands on the planet. Other members like Ronnie James Dio came and went, but at the centre of it sat the core members, Ozzy Osbourne, Tony Iommi, Geezer Butler and Bill Ward. Inspiring and heartbreaking in equal measure their journey to the top and their appetite for wilful self destruction is the stuff of showbiz legend, mixing witches' curses and financial mismanagement along the way. In this exhaustive yet concise study Greg Healey examines the history of the band and their music. Looking beyond the myths, Healey seeks to uncover the truth behind what inspired their sound, drove their wild behaviour, and the circumstances that led them to lose everything and then, against impossible odds, try to win it back again. Love them or loathe them, this is Black Sabbath.