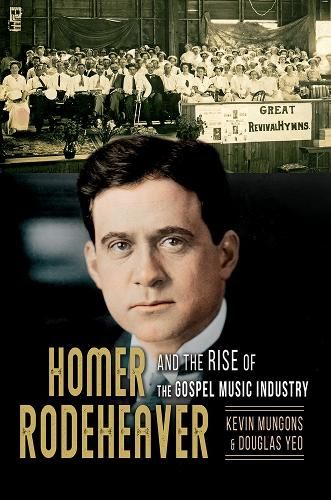 Homer Rodeheaver and the Rise of the Gospel Music Industry

Homer Rodeheaver merged evangelical hymns and African American spirituals with popular music to create a potent gospel style. Kevin Mungons and Douglas Yeo examine his enormous influence on gospel music against the backdrop of Christian music history and Rodeheaver's impact as a cultural and business figure. Rodeheaver rose to fame as the trombone-playing song leader for evangelist Billy Sunday. As revivalism declined after World War I, Rodeheaver leveraged his place in America's newborn celebrity culture to start the first gospel record label and launch a nationwide radio program. His groundbreaking combination of hymnal publishing and recording technology helped define the early Christian music industry. In his later years, he influenced figures like Billy Graham and witnessed the music's split into southern gospel and black gospel.

Clear-eyed and revealing, Homer Rodeheaver and the Rise of the Gospel Music Industry is an overdue consideration of a pioneering figure in American music.