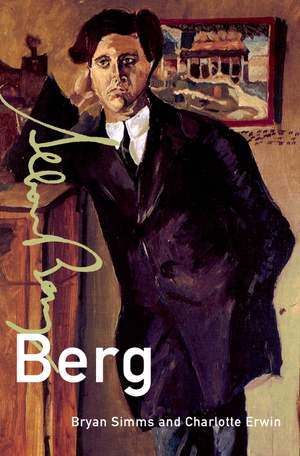 Alban Berg (1885-1935), a student of Arnold Schoenberg and one of the most prominent composers of the Second Viennese School, is counted among the pioneers of twelve-tone serialism. His circle included not only the musicians of the Wiener modern but also prominent literary and artistic figures from Vienna's brilliant fin-de-siecle. In his short lifetime he composed two ground-breaking operas, Wozzeck and Lulu, as well as chamber works, songs, and symphonic compositions. His final completed work, the deeply moving and elegiac Violin Concerto, is performed by leading soloists across the world. This new life-and-works study from authors Bryan R. Simms and Charlotte Erwin delivers a fresh perspective formed from comprehensive study of primary sources that reveal the forces that shaped Berg's personality, career, and artistic outlook. One such force was Berg's wife, Helene Nahowski Berg, and the book provides a unique assessment of her role in the composer's life and work, as well as her later quest to shape his artistic legacy in the forty-one years of her widowhood. The authors present insightful analysis of all of Berg's major works, bringing into play Berg's own analyses of the music, many of which have not been considered in existing scholarship. Berg is an accessible and all-encompassing resource for all readers who wish to learn about the life and music of this composer, one of the great figures in modern music.