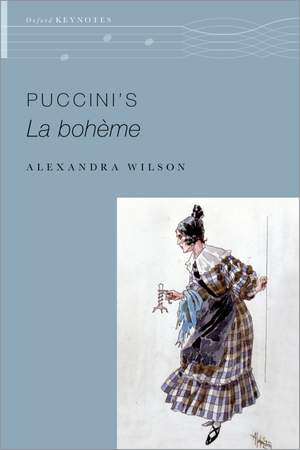 Giacomo Puccini's La Boheme is one of the most frequently performed operas in the world. But how did it come to be so adored? In this book, author Alexandra Wilson traces La Boheme's rise to fame and demonstrates that its success grew steadily through stage performances, recordings, filmed versions and the endorsements of star singers. More recently, popular songs, film soundtracks and musicals that draw on the opera's music and themes added further to its immense cultural impact. This cultural history offers a fresh reading of a familiar work. Wilson argues that La Boheme's approach to realism and its flouting of conventions of the Italian operatic tradition made it strikingly modern for the 1890s. She explores how Puccini and his librettists engaged with gender, urban poverty and nostalgia-themes that grew out of the work's own time and continue to resonate with audiences more than 120 years later. Her analysis of the opera's depiction of Paris reveals that La Boheme was not only influenced by the romantic mythologies surrounding the city to this day but also helped shape them. Wilson's consideration of how directors have reinvented this opera for a new age completes this fascinating history of La Boheme, making it essential reading for anyone interested in this opera and the works it inspired.