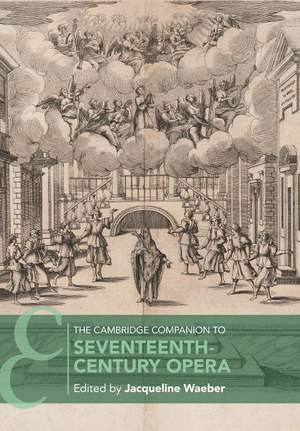 The Cambridge Companion to Seventeenth-Century Opera is a much-needed introduction to one of the most defining areas of Western music history - the birth of opera and its developments during the first century of its existence. From opera's Italian foundations to its growth through Europe and the Americas, the volume charts the changing landscape - on stage and beyond - which shaped the way opera was produced and received. With a range from opera's sixteenth-century antecedents to the threshold of the eighteenth century, this path breaking book is broad enough to function as a comprehensive introduction, yet sufficiently detailed to offer valuable insights into most of early opera's many facets; it guides the reader towards authoritative written and musical sources appropriate for further study. It will be of interest to a wide audience, including undergraduate and graduate students in universities and equivalent institutions, and amateur and professional musicians.