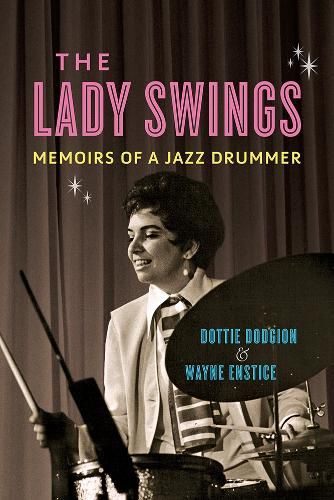 The Lady Swings: Memoirs of a Jazz Drummer

Dottie Dodgion is a jazz drummer who played with the best. A survivor, she lived an entire lifetime before she was seventeen. Undeterred by hardships she defied the odds and earned a seat as a woman in the exclusive men's club of jazz. Her dues-paying path as a musician took her from early work with Charles Mingus to being hired by Benny Goodman at Basin Street East on her first day in New York. From there she broke new ground as a woman who played a "man's instrument" in first-string, all-male New York City jazz bands. Her inspiring memoir talks frankly about her music and the challenges she faced, and shines a light into the jazz world of the 1960s and 1970s.

Vivid and always entertaining, The Lady Swings tells Dottie Dodgion's story with the same verve and straight-ahead honesty that powered her playing.