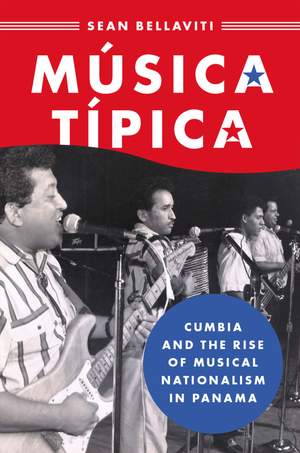 Musica Tipica: Cumbia and the Rise of Musical Nationalism in Panama

The Panama Canal is a world-famous site central to the global economy, but the social, cultural, and political history of the country along this waterway is little known outside its borders. In Musica Tipica, author Sean Bellaviti sheds light on a key element of Panamanian culture, namely the story of cumbia or, as Panamanians frequently call it, "musica tipica," a form of music that enjoys unparalleled popularity throughout Panama. Through extensive archival and ethnographic research, Bellaviti reconstructs a twentieth-century social history that illuminates the crucial role music has played in the formation of national identities in Latin America. Focusing, in particular, on the relationship between cumbia and the rise of populist Panamanian nationalism in the context of U.S. imperialism, Bellaviti argues that this hybrid musical form, which forges links between the urban and rural as well as the modern and traditional, has been essential to the development of a sense of nationhood among Panamanians. With their approaches to musical fusion and their carefully curated performance identities, cumbia musicians have straddled some of the most pronounced schisms in Panamanian society.