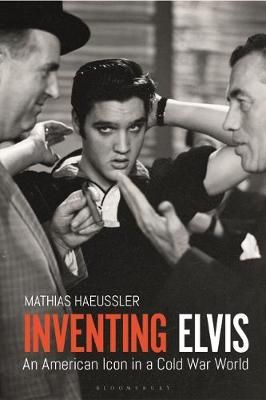 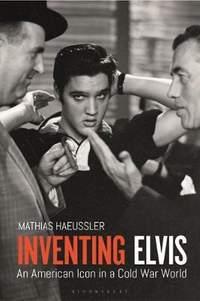 Inventing Elvis: An American Icon in a Cold War World

Elvis Presley stands tall as perhaps the supreme icon of 20th-century U.S. culture. But he was perceived to be deeply un-American in his early years as his controversial adaptation of rhythm and blues music and gyrating on-stage performances sent shockwaves through Eisenhower's conservative America and far beyond. This book explores Elvis Presley's global transformation from a teenage rebel figure into one of the U.S.'s major pop-cultural embodiments from a historical perspective. It shows how Elvis's rise was part of an emerging transnational youth culture whose political impact was heavily conditioned by the Cold War. As well as this, the book analyses Elvis's stint as G.I. soldier in West Germany, where he acted as an informal ambassador for the so-called American way of life and was turned into a deeply patriotic figure almost overnight. Yet, it also suggests that Elvis's increasingly synonymous identity with U.S. culture ultimately proved to be a double-edged sword, as the excesses of his superstardom and personal decline seemingly vindicated long-held stereotypes about the allegedly materialistic nature of U.S. society. Tracing Elvis's story from his unlikely rise in the 1950s right up to his tragic death in August 1977, this book offers a riveting account of changing U.S. identities during the Cold War, shedding fresh light on the powerful role of popular music and consumerism in shaping images of the United States during the cultural struggle between East and West.