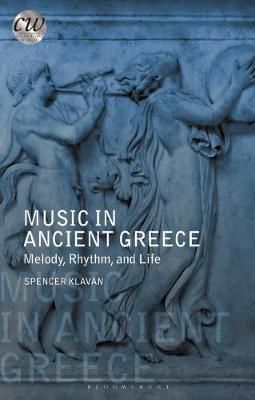 Life in ancient Greece was musical life. Soloists competed onstage for popular accolades, becoming centrepieces for cultural conversation and even leading Plato to recommend that certain forms of music be banned from his ideal society. And the music didn't stop when the audience left the theatre: melody and rhythm were woven into the whole fabric of daily existence for the Greeks. Vocal and instrumental songs were part of religious rituals, dramatic performances, dinner parties, and even military campaigns. Like Detroit in the 1960s or Vienna in the 18th century, Athens in the 400s BC was the hotspot where celebrated artists collaborated and diverse strands of musical tradition converged. The conversations and innovations that unfolded there would lay the groundwork for musical theory and practice in Greece and Rome for centuries to come. In this perfectly pitched introduction, Spencer Klavan explores Greek music's origins, forms, and place in society. In recent years, state-of-the-art research and digital technology have enabled us to decipher and understand Greek music with unprecedented precision. Yet many readers today cannot access the resources that would enable them to grapple with this richly rewarding subject. Arcane technical details and obscure jargon veil the subject - it is rarely known, for instance, that authentic melodies still survive from antiquity, helping us to imagine the vivid soundscapes of the Classical and Hellenistic eras. Music in Ancient Greece distills the latest discoveries into vivid prose so readers can come to grips with the basics as never before. With the tools in this book, beginners and specialists alike will learn to hear the ancient world afresh and come away with a new, musical perspective on their favourite classical texts.