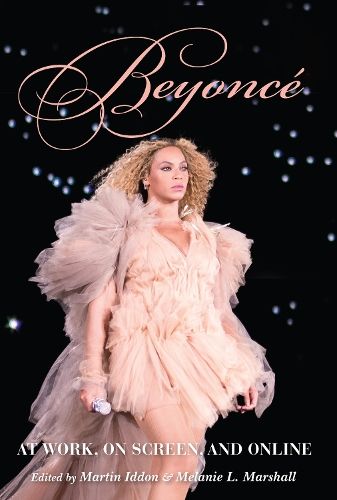 Beyonce: At Work, On Screen, and Online

Who runs the world? The Beyhive knows. From the Destiny's Child 2001 hit single "Survivor" to her 2019 jam "7/11," Beyonce Knowles-Carter has confronted dominant issues around the world. Because her image is linked with debates on race, sexuality, and female empowerment, she has become a central figure in pop music and pop culture. Beyonce: At Work, On Screen, and Online explores her work as a singer, activist, and artist by taking a deep dive into her songs, videos, and performances, as well as responses from her fans. Contributors look at Beyonce's entire body of work to examine her status as a canonical figure in modern music and do not shy away from questioning scandals or weighing her social contributions against the evolution of feminism, critical race theory, authenticity, and more. Full of examples from throughout Beyonce's career, this volume presents listening as a political undertaking that generates meaning and creates community. Beyonce: At Work, On Screen, and Online contends that because of her willingness to address societal issues within her career, Beyonce has become an important touchstone for an entire generation-all in a day's work for Queen Bey.