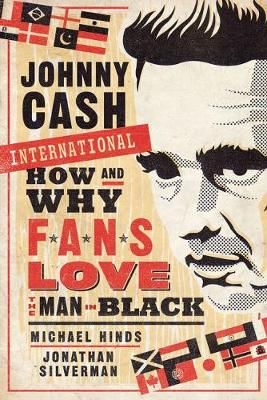 Johnny Cash International: How and Why Fans Love the Man in Black

Across all imaginable borders, Johnny Cash fans show the appeal of a thoroughly American performer who simultaneously inspires people worldwide. A young Norwegian shows off his Johnny Cash tattoo. A Canadian vlogger sings 'I Walk the Line' to camel herders in Egypt's White Desert. A shopkeeper in Northern Ireland plays Cash as his constant soundtrack. A Dutchwoman coordinates the activities of Cash fans worldwide and is subsequently offered the privilege of sleeping in Johnny's bedroom. And on a more global scale, millions of people watch Cash's videos online, then express themselves through commentary and debate.

In Johnny Cash International, Hinds and Silverman examine digital and real-world fan communities and the individuals who comprise them, profiling their relationships to Cash and each other. Studying Johnny Cash's international fans and their love for the man reveals new insights about music, fandom, and the United States.