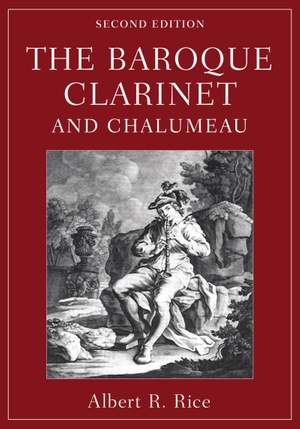 New, The Baroque Clarinet and Chalumeau 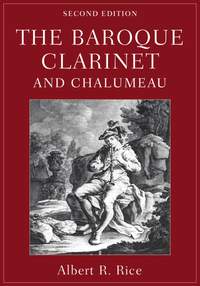 The Baroque Clarinet and Chalumeau

The first edition of Albert R. Rice's The Baroque Clarinet is widely considered the authoritative text on the European clarinet during the first half of the eighteenth century. Since its publication in 1992, its conclusions have influenced the approaches of musicologists, instrument historians, and clarinet performers. Twenty-eight years later, Rice has updated his renowned study in a second edition, with new chapters on chalumeau and clarinet music, insights on newly found instruments and additional material on the Baroque clarinet in society. Expanding the volume to include the chalumeau, close cousin and predecessor to the clarinet, Rice draws on nearly three decades of new research on the instrument's origins and music. Discoveries include two recently found chalumeaux in a private collection, one by Johann Heinrich Eichentopf of Leipzig, and attributions based on historical evidence for three more chalumeaux. Rice furthers the discussion to recently uncovered early instruments and historical scores, which shed light on the clarinet's evolution. Most essentially, Rice highlights the chalumeau's substantial late-seventeenth and early-eighteenth century repertory, comprising over 330 works by 66 composers, and includes a more expansive list of surviving Baroque clarinet works, organized by date, composer, and tonality/range. The Baroque Clarinet and Chalumeau provides a long-awaited follow-up to Rice's groundbreaking volume, drawing from a variety of sources-including German, Italian, Dutch, Swedish, Norwegian, Danish, Finnish, Flemish, Czech, and Catalan research-to bring this new information to an English-speaking audience. With his dedication to scholarly accuracy, Rice brings the Baroque clarinet into sharper focus than ever before.