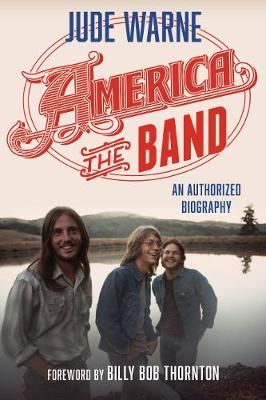 America, the Band: An Authorized Biography

In an easily digestible, in-depth look at the thoughtful artistry and idealistic innocence of one of the most enduring acts of the 1970s, author Jude Warne does more than reassess the band's... — Elmore Magazine More…

As if recovering from a raucous dream of the 1960s, Gerry Beckley, Dewey Bunnell, and Dan Peek arrived on 1970s American radio with a sound that echoed disenchanted hearts of young people everywhere. The three American boys had named their band after a country they'd watched and dreamt of from their London childhood Air Force base homes. What was this country? This new band? Classic and timeless, America embodied the dreams of a nation desperate to emerge from the desert and finally give their horse a name. Celebrating the band's fiftieth anniversary, Gerry Beckley and Dewey Bunnell share stories of growing up, growing together, and growing older. Journalist Jude Warne weaves original interviews with Beckley, Bunnell, and many others into a dynamic cultural history of America, the band, and America, the nation. Reliving hits like "Ventura Highway," "Tin Man," and of course, "A Horse with No Name" from their 19 studio albums and incomparable live recordings, this book offers readers a new appreciation of what makes some music unforgettable and timeless. As America's music stays in rhythm with the heartbeats of its millions of fans, new fans feel the draw of a familiar emotion. They've felt it before in their hearts and thanks to America, they can now hear it, share it, and sing along. 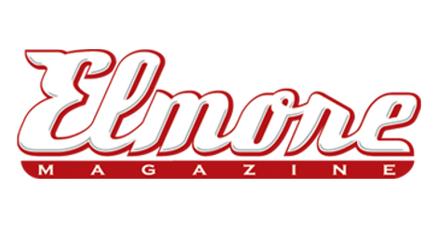 In an easily digestible, in-depth look at the thoughtful artistry and idealistic innocence of one of the most enduring acts of the 1970s, author Jude Warne does more than reassess the band's underappreciated cultural impact in her richly detailed and absorbing read America, The Band: An Authorized Biography. Skillfully and passionately weaving together refreshingly honest, insightful interviews with exhaustive research, Warne demystifies this "logo band," picking the locks of each complex personality to reveal much about their humanity and integrity, as well as their musical motivations and influences....Warne covers a lot of personal ground in the book, digging deeply into the overseas upbringing of all three principal members, products of military families who moved around a lot.... [It] is a tale of friendship and good-hearted intentions, of record label intrigue and a naive belief in themselves. The rock 'n roll excess they indulged in wasn't entirely destructive, nor did the music business completely poison their dreams to the point where they died a cruel death. That, in and of itself, is inspiring

With a surprisingly crisp forward by long-time fan Billy Bob Thornton, the book launches into a real love letter from a fan . . . the read is light, breezy, and fun - a perfect beach companion to any and all of [America's] greatest hits

[Warne] outlines how the trio eventually overcame resistance to their mellow soft rock to become as a close to a music institution (in their homeland, mostly) as it's possible to get . . . For an awareness of how a heritage band can continue testing themselves creatively as well as focusing on the commercial benefits of their maturing demographic, [America is] an educational read