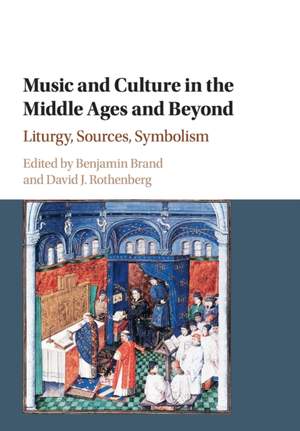 New, Music and Culture in the Middle Ages and Beyond: Liturgy, Sources, Symbolism

It has become widely accepted among musicologists that medieval music is most profitably studied from interdisciplinary perspectives that situate it within broad cultural contexts. The origins of this consensus lie in a decisive reorientation of the field that began approximately four decades ago. For much of the twentieth century, research on medieval music had focused on the discovery and evaluation of musical and theoretical sources. The 1970s and 1980s, by contrast, witnessed calls for broader methodologies and more fully contextual approaches that in turn anticipated the emergence of the so-called 'New Musicology'. The fifteen essays in the present collection explore three interrelated areas of inquiry that proved particularly significant: the liturgy, sources (musical and archival), and musical symbolism. In so doing, these essays not only acknowledge past achievements but also illustrate how this broad, interdisciplinary approach remains a source for scholarly innovation.