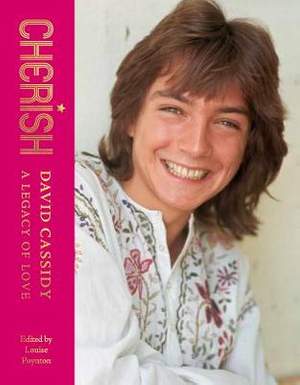 So colorful. . . . It is so entertaining — Goldmine

David Cassidy was one of the biggest superstars in the 1970s. Selling millions of records and playing to record sell-out crowds around the world, he was more than just an idol for teenagers; he was for many their saviour. The first star to be mass-merchandised, he became a magnificent obsession in the 1970s for millions whose loyalty and devotion to him remains to this day. He represents a time in their lives when he and his music made them completely happy: this offers them the chance to say: "Thank you David for the memories". This book presents a collection of heartfelt stories contributed by his colleagues, friends and fans in a deeply moving and inspiring compilation of memories. In a celebration of his life, they explain in their own words how David impacted on them, his influence and friendship and the lasting legacy of love he left. Contributing fans recall concert experiences, chance meetings, share precious keepsakes and explain how he made their world a brighter place. They share examples of his unfailing generosity, unexpected acts of kindness and how he made them feel important. Friends write with love and respect about David's immense talent as a musician and actor and why he is considered one of the greatest singers of all time. Contributors include Neil Sedaka, Richie Furay and Ron "Bumblefoot" Thal. Immerse yourself in these deeply moving memories which capture the innocence of teenage idolatry, travel with fans and friends through the decades and share with them the unbearable sorrow they felt with his death in November 2017. Award-Winning Finalist in the Novelty & Gift Book category of the 2020 Best Book Awards sponsored by American Book Fest

So colorful. . . . It is so entertaining