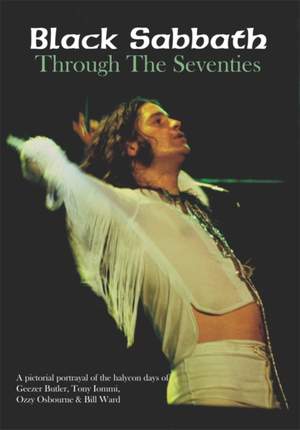 Black Sabbath Through The Seventies

Throughout a long and sometimes turbulent career let us not forget that from the release of the debut album in early 1970 through to Never Say Die! in 1978, the classic line-up of Ozzy Osbourne, Tony Iommi, Geezer Butler and Bill Ward virtually created the blueprint for heavy rock. With eight albums plus hundreds of concerts across the globe, this was the defining decade for Sabbath that saw them rightly earn their place as one of the most iconic bands off all time. With photos spanning the decade, this beautifully presented book is a celebration of Black Sabbath in all its glory. Containing many previously unpublished shots of the band in the USA and Europe.