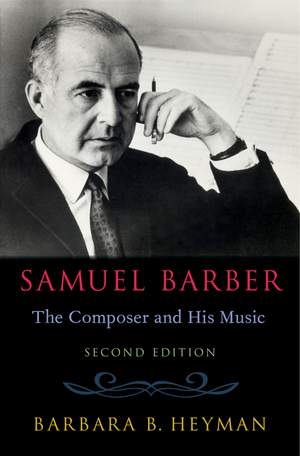 The Composer and His Music

Samuel Barber (1910-1981) is one of the most admired and honored American composers of the twentieth century. An unabashed Romantic, largely independent of worldwide trends and the avant-garde, he infused his works with poetic lyricism and gave tonal language and forms new vitality. His rich legacy includes every genre, including the famous Adagio for Strings, Knoxville: Summer of 1915, three concertos, a plethora of songs, and two operas, the Pulitzer prize-winning Vanessa, and Antony and Cleopatra, the commissioned work that opened the new Metropolitan Opera House at Lincoln Center in 1966. Generously documented by letter, sketches, autograph manuscripts, and interviews with friends, colleagues, and performers with whom he worked, this ASCAP-Award winning book is still unquestionably the most authoritative biography on Barber, covering his entire career and interweaving the events of his life with his compositional process. This second edition benefits from many new discoveries, including a Violin Sonata recovered from an artist's estate, a diary Barber kept his seventeenth year, a trove of letters and manuscripts that were recovered from a suitcase found in a dumpster, documentation that dispels earlier myths about the composition of Barber's Violin Concerto, and research of scholars that was stimulated by Heyman's work. Barber's intimate relations are discussed when they bear on his creativity. A testament to the lasting significance of Romanticism, Samuel Barber stands as a model biography of an important musical figure.