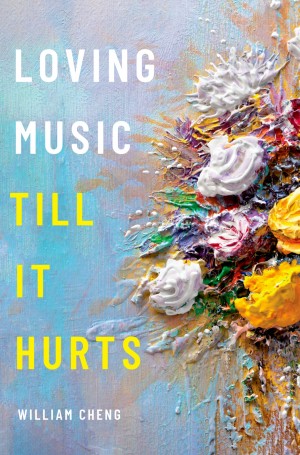 New, Loving Music Till It Hurts

Can music feel pain? Do songs possess dignity? Do symphonies have rights? Of course not, you might say. Yet think of how we anthropomorphize music, not least when we believe it has been somehow mistreated. A singer butchered or mangled the "Star-Spangled Banner" at the Super Bowl. An underrehearsed cover band made a mockery of Led Zeppelin's classics. An orchestra didn't quite do justice to Mozart's Requiem. Such lively language upholds music as a sentient companion susceptible to injury and in need of fierce protection. There's nothing wrong with the human instinct to safeguard beloved music . . . except, perhaps, when this instinct leads us to hurt or neglect fellow human beings in turn: say, by heaping outsized shame upon those who seem to do music wrong; or by rushing to defend a conductor's beautiful recordings while failing to defend the multiple victims who have accused this maestro of sexual assault. Loving Music Till It Hurts is a capacious exploration of how people's head-over-heels attachments to music can variously align or conflict with agendas of social justice. How do we respond when loving music and loving people appear to clash?