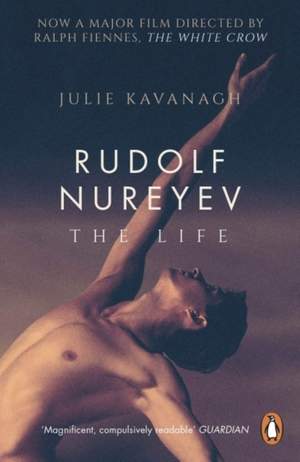 NOW A MAJOR FILM BY RALPH FIENNES, THE WHITE CROW

'A gripping account of an extraordinary life' Daily Telegraph

Born on a train in Stalin's Russia, Rudolf Nureyev was ballet's first pop icon. No other dancer of our time has generated the same excitement - both on and off stage.

Nureyev's achievements and conquests became legendary: he rose out of Tatar peasant poverty to become the Kirov's thrilling maverick star; slept with his beloved mentor's wife; defected to the West in 1961; sparked Rudimania across the globe; established the most rhapsodic partnership in dance history with the middle-aged Margot Fonteyn; reinvented male technique; gatecrashed modern dance; moulded new stars; and staged Russia's unknown ballet masterpieces in the West. He and his life were simply astonishing.

'Magnificent, a triumph. Captures every facet of this extraordinary man' Mail on Sunday

'The definitive study of a man who, in his combination of aesthetic grace and psychological grime, can truly be called a sacred monster' Observer