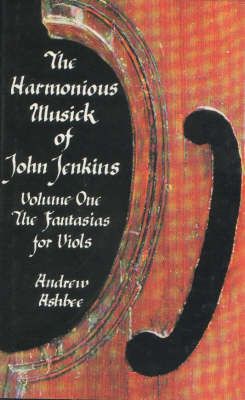 The Harmonious Musick of John Jenkins I: The Fantasias for Viols

John Jenkins (1592-1678) was both the most prolific and most esteemed of English composers between the death of Byrd and the rise of Purcell. During his long life he was employed as a resident musician in East Anglian noble households and became a court musician to Charles II in his later years. This is the first in a two-volume study of Jenkins and his music. It presents a biographical introduction to the composer then concerns itself exclusively with the superb consorts for viols which dominate the early part of the composer's career. It is profusely illustrated with music examples and discusses virtually every work in this form. ANDREW ASHBEE is an internationally renowned expert on C17th English instrumental music, has edited a number of volumes of music from the period, and is an author, broadcaster and lecturer.