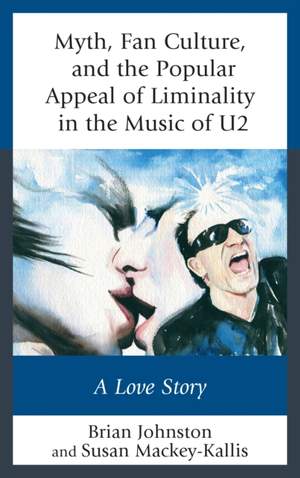 Myth, Fan Culture, and the Popular Appeal of Liminality in the Music of U2: A Love Story

U2's ongoing popular appeal is constructed in the spaces between band and fan, commercialism and community, spirituality and nihilism; finding meaning in a surface-oriented popular culture and contradiction in the depths of political and faith-based institutions. The band's long-term success and continued relevance is a result of their ability to hold these energies in tension without one subsuming the other-to live in the liminal space that such contradictions invite. U2's mythic trajectory was born from a bygone electronic era, realized in our current digital era but with an eye on the forthcoming virtual era; it is a new myth for the whole world, found in the most unlikely of places, popular culture. This book approaches the band's mythic trajectory through a combination of rhetorical analysis and autoethnographic explorations that unveil the more personal experiences most of us have with media. Drawing heavily upon the works of Marshal McLuhan, Joseph Campbell, Thomas S. Frentz, and Janice Hocker Rushing, Myth, Fan Culture, and the Popular Appeal of Liminality in the Music of U2 unpacks U2's popular appeal through the lenses of Agape (spiritual, communal love), Amor (romantic love), and Eros (erotic love).