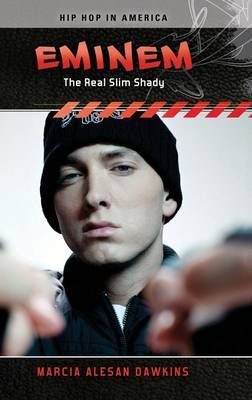 Offering a fresh way to look at one of the best-selling hip hop artists of the early 21st century, this book presents Eminem's words, images, and music alongside comments from those who love and hate him, documenting why Eminem remains a cultural, spiritual, and economic icon in global popular culture.

Eminem: The Real Slim Shady examines the rapper, songwriter, record producer, and actor who has become one of the most successful and well-known artists in the world. Providing far more than a biography of his life story, the book provides a comprehensive description, interpretation, and analysis of his personas, his lyrical content, and the cultural and economic impact of Eminem's work through media. It also contains the first in-depth content analysis of 200 of the rapper's most popular songs from 1990 through 2012.

The book is organized into three sections, each focusing on one of the artist's public personas (Slim Shady, Marshall Mathers, Eminem), with each section further divided into chapters that explore various aspects of Eminem's cultural, spiritual, and economic significance. Besides being a book that every fan of Eminem and pop music will want to read, the work will be valuable to researchers in the areas of race and ethnicity, communication, cultural and musical studies, and hip hop studies.