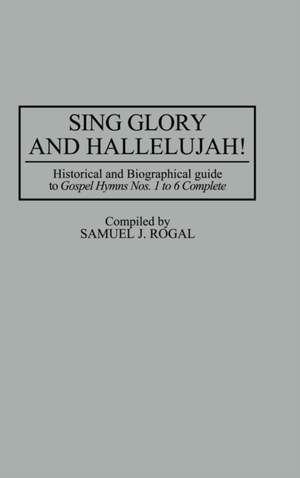 The only sourcebook that provides information necessary to make Gospel Hymns Nos. 1 to 6 Complete a useful research tool and an aid to the study of popular culture in the United States during the last half of the 19th century. For the first time, students and scholars will have access, in a single source, to biographical, historical, and bibliographical data concerning the writers of the hymn texts, the composers of the hymn tunes, and the various routes by which the hymns found their way onto the pages of that large collection of gospel and traditional hymnody. ^Gospel Hymns Nos. 1 to 6 Complete contains 739 songs gathered from a series of six earlier published works.

The data in this volume will add to the breadth and depth of Gospel Hymns Nos. 1 to 6 Complete and thus, for the first time, identify the significance of its contributions to the history of American culture. A strong introduction establishes the historical significance of the collection of gospel hymns and songs. The entries for both the authors of the words and the composers of the music are arranged alphabetically, followed by the dates of birth and death (if known), a biographical sketch, and references to the number of the hymn, its title, first line, and accompanying tune. Dates of composition and initial publication are included where possible.