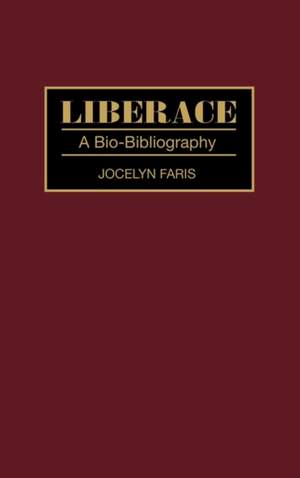 Born in Wisconsin in 1919, Wladziu Valentino Liberace began his career as a performer at roadhouses, bars, stag parties, afternoon teas, and dances in the Milwaukee area. Television brought him to stardom in 1952, when The Liberace Show was watched by more than 35 million people each week. His television exposure led to one of the most lucrative concert, nightclub, and recording careers in history. His death from AIDS in 1987 continued the perpetual speculation about his personal life.

This book charts the always controversial life and career of Liberace, from his birth in America's heartland to his death as one of the most flamboyant entertainers of his generation. A short biography and chronology present his life in capsule form and give full attention to the scandals that plagued his career. The chapters that follow detail his work in film, television, radio, recordings, and concerts. Each entry provides fascinating information about his performances, and an annotated bibliography describes sources for additional information.