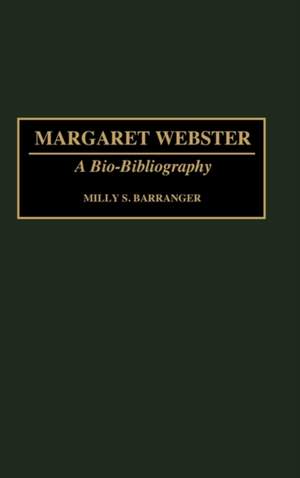 Margaret Webster presided over many firsts in the American theater. She was the first woman to direct Shakespearean plays on Broadway, she was one of the founders of the American Repertory Theatre, she was active in the beginning of the Off-Broadway movement, and she wrote an assortment of articles, speeches, memoirs, and autobiographies. This reference provides an overview of her life and a detailed record of her many accomplishments in 20th-century American theater. The volume begins with a biographical essay that discusses her life and career. A chronology then highlights the most significant events in her career. The sections that follow list her many productions for the stage and opera, and provide detailed information about them. A discography is also included, followed by lists of Webster's awards and honors, and a description of the various archives that hold information about her. An extensive annotated bibliography concludes the work.