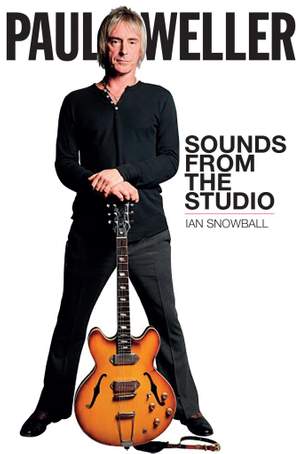 2017 is the 40th anniversary of the start of Paul Weller ’s recording career. His first album, "In The City", which he recorded with The Jam, was released in 1977. He then went on to record a further 22 albums with The Jam, The Style Council and his solo career. Sounds From The Studio starts in 2015 with the release of his most recent album "Saturn’s Pattern" then works backwards to the groundbreaking debut from The Jam - In the City. The book includes interviews with artists who have worked with Weller, including Noel Gallagher, Steve Cradock, Sir Peter Blake, Mick Talbot, and both Rick Buckler and Bruce Foxton from The Jam as well as many of the studio hands, sleeve designers and interviews with members from Paul’s family. About the author: Ian Snowball is the co-author of the No.1 selling book "That's Entertainment: My Life In The Jam" by Rick Buckler as well as "Keith Moon: There is No Substitute". Ian has had over a dozen books published including "Thick As Thieves (Personal Situations With The Jam)", "Supersonic (Personal Situations With Oasis)", and "Soul Driver (Ocean Colour Scene)".