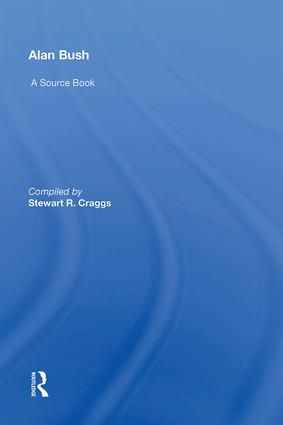 Born in 1900, Alan Bush, the English composer, conductor and pianist, studied with Corder and Matthay, and privately with John Ireland. He was appointed professor of harmony and composition at the Royal Academy of Music in 1925, a post he held until 1978. In 1929-31, he continued to study at Berlin University and had piano lessons with Moiseiwitsch and Schnabel. The present Source Book documents his works (many of which reflect his Communist sympathies) and the many arrangements of music by other composers. A wealth of detail is provided, including printed scores, CD recordings, bibliographical material and manuscript scores and their locations, the majority of which have been deposited recently in the British Library by the Bush family. A chronology of the composer's life draws on many sources including letters and scrapbooks.