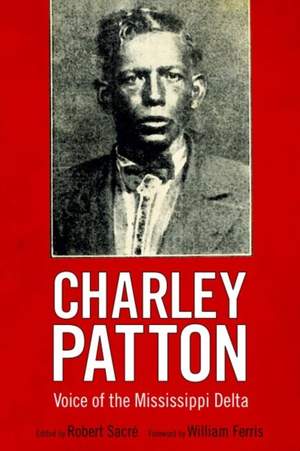 Contributions by Luther Allison, John Broven, Daniel Droixhe, David Evans, William Ferris, Jim O'Neal, Mike Rowe, Robert Sacre, Arnold Shaw, and Dick Shurman
Fifty years after Charley Patton's death in 1934, a team of blues experts gathered five thousand miles from Dockery Farms at the University of Liege in Belgium to honor the life and music of the most influential artist of the Mississippi Delta blues. This volume brings together essays from that international symposium on Charley Patton and Mississippi blues traditions, influences, and comparisons. Originally published by Presses Universitaires de Liege in Belgium, this collection has been revised and updated with a new foreword by William Ferris, new images added, and some essays translated into English for the first time.
Patton's personal life and his recorded music bear witness to how he endured and prevailed in his struggle as a black man during the early twentieth century. Within this volume, that story offers hope and wonder. Organized in two parts--""Origins and Traditions"" and ""Comparison with Other Regional Styles and Mutual Influence""--the essays create an invaluable resource on the life and music of this early master. Written by a distinguished group of scholars, these pieces secure the legacy of Charley Patton as the fountainhead of Mississippi Delta blues.