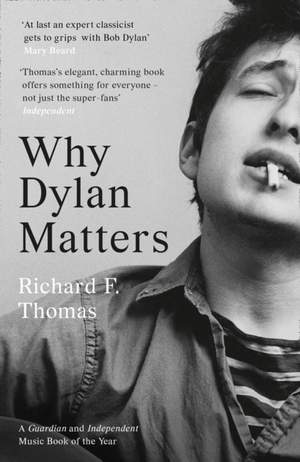 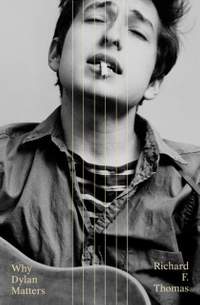 At last an expert classicist gets to grips with Bob Dylan' Mary Beard `Thomas's elegant, charming book offers something for everyone - not just the super-fans' Independent When the Nobel Prize for Literature was awarded to Bob Dylan, the literary world was up in arms. How could the world's most prestigious book prize be awarded to a famously cantankerous singer-songwriter in his Seventies, who wouldn't even deign to make an acceptance speech? In Why Dylan Matters, Harvard Professor Richard F. Thomas answers that question with magisterial erudition.

A world expert on Classical poetry, Thomas was initially ridiculed by his colleagues for teaching a course on Bob Dylan alongside his traditional seminars on Homer, Virgil and Ovid. Dylan's Nobel prize win brought him vindication. This witty, personal volume is a distillation of Thomas's famous course, and makes a compelling case for moving Dylan out of the rock n' roll Hall of Fame and into the pantheon of Classical poets.