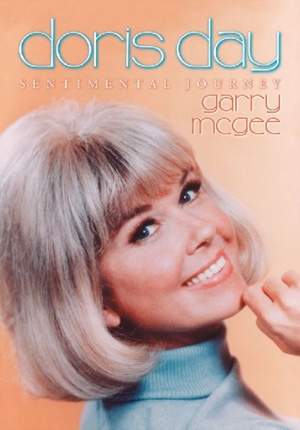 Doris Day, once called an Actors Studio unto herself, was one of the twentieth century's greatest entertainers, with a career spanning 39 films, more than 150 televisions shows, and over 500 recordings. This work covers the life and career of the singer and star of such films as Pillow Talk, The Man Who Knew Too Muchand Calamity Jane. The work is divided into four sections, beginning with a biography of Day's life from her birth in Cincinnati, Ohio, through four marriages, near-bankruptcy, and her dedication to animal rights, and concluding with her contented present life. A filmography lists each film with full credits, synopsis and reviews, plus her popularity rankings and awards. The third section lists complete album record releases with notes, single record releases, unreleased songs and recordings, music awards and nominations, radio appearances from big bands to solo work, her seven million-sellers, and chart placements. The work concludes with Day's television appearances, including synopses and credits for her five-season run with The Doris Day Show on CBS, the cable show Doris Day's Best Friends, and her appearances in variety specials, talk shows, and documentaries.