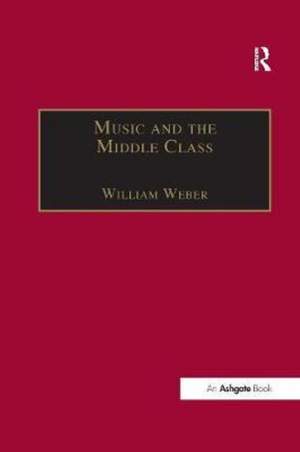 Music and the Middle Class: The Social Structure of Concert Life in London, Paris and Vienna between 1830 and 1848

First published in 1975, Music and the Middle Class made a trail-blazing contribution to the social history of music, bringing together sociological and historical methods that have subsequently become accepted as central to the discipline of musicology. Moreover, the major themes of the book are ones which scholars today continue to grapple with: the nature of the middle class(es) and their role in cultural definition; the concept of taste publics distinct from social status; and the establishment of the musical canon. This classic text is reissued here in Ashgate's Music in Nineteenth-Century Britain series, though of course the book ranges beyond its study of London to discuss in detail the contrasting concert life of Paris and Vienna. This edition features a substantial new preface which takes into account the significant work that has been done in this field since the book first appeared, and provides a unique opportunity to assess the impact the book has had on our thinking about the European middle class and its role in musical life.