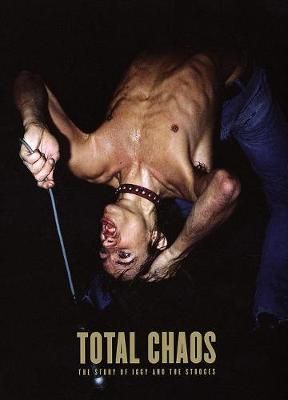 The Story of the Stooges

TOTAL CHAOS is the first book telling Iggy Pop's story of The Stooges from his own words. Grammy winning editor and avid music historian Jeff Gold spent two days at the rock legend's home sharing pictures and memorabilia from his collection. Featuring a trove of unseen photos, TOTAL CHAOS shows and tells, with the help of best-selling author Jon Savage, the story of the Stooges from those tell-all interviews. "Gasp at the awe inspiring memorabilia and frank talk in Total Chaos: The Story of The Stooges/As Told By Iggy Pop"-- Mojo Magazine "Tells the band's revolutionary story through many never-before-published photos and extensive interviews...(and) contributions from Johnny Marr, Josh Homme, Dave Grohl, Joan Jett and Jack White."-- Rolling Stone "A fantastic new book...a must-read for both diehard fans and anyone who wants to learn first-hand from Pop what it was like from the inside looking out in one of the seminal bands of the post-'60s era."-- Esquire