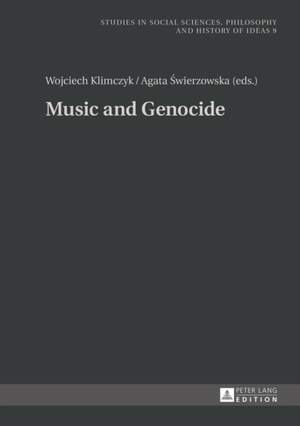 At first glance, no two experiences could be further apart than genocide and music. Yet real, live culture usually goes beyond rational divisions. It is now fairly commonly known that art is not absent from the sites of mass killings. Both victims and prosecutors engage in artistic activities in prisons and camps, as well as at other places where genocides take place. What is the music of genocide? Can the experience of ultimate terror be expressed in music? How does music reflect on genocide? How do we perceive music after genocide? What is music and what is silence in a world marked by mass killings? Is post-genocidal silence really possible or appropriate? The goal of the volume is to reveal and, maybe even to some extent, resolve the most profound dilemma that was expressed by Theodor W. Adorno when he asked "whether it is even permissible for someone who accidentally escaped and by all rights ought to have been murdered, to go on living after Auschwitz." It is not for the sake of pure curiosity that the relation between music and genocide is examined. In a sense we are all survivors who accidentally escaped genocide. It might have happened to us. It may still happen.