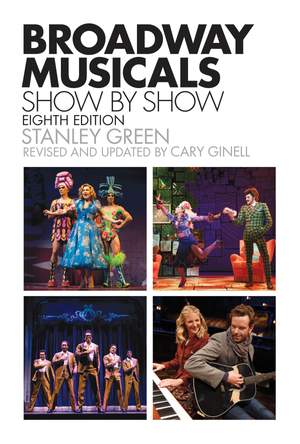 This updated edition of one of the bestselling and most comprehensive Broadway reference books first published in 1985 has been expanded to include many of the most important and memorable productions of American musical theater including revivals. Chronologically arranged beginning with EThe Black CrookE in 1866 the eighth edition adds new entries and photos on numerous musicals from recent years including EPriscilla Queen of the DesertE; EThe Book of MormonE; ESpider-Man: Turn Off the DarkE; EOnceE; ENewsies: The MusicalE; EAnnieE (revival); ERodgers & Hammerstein's CinderellaE; EKinky BootsE; EA Night with Janis JoplinE; and EA Gentleman's Guide to Love and MurderE.THEBroadway Musicals Show-by-ShowE features a wealth of statistics and inside information plus critical reception cast lists pithy commentary about each show and numerous detailed indexes that no Broadway fan will want to be without.