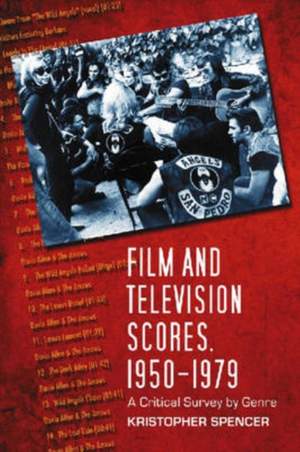 Hollywood film scores underwent a supersonic transformation from the 1950s through the 1970s. This genre-by-genre overview of film and television soundtrack music covers a period of tremendous artistic and commercial development in the medium. Film and television composers bypassed the classical tradition favored by earlier screen composers to experiment with jazz, rock, funk and avant-garde styles. This bold approach brought a rich variety to film and television productions that often took on a life of its own through records and CDs. From Bernard Herrmann to Ennio Morricone, the composers of the ""Silver Age"" changed the way movie music was made, used, and heard. The book contains more than 100 promotional film stills and soundtrack cover art images.