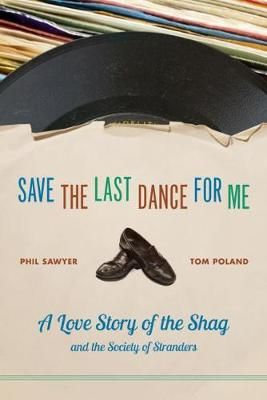 Save the Last Dance for Me

A Love Story of the Shag and the Society of Stranders

The shag, the official state dance of North and South Carolina, originated in the 1930s. The dance quickly spread throughout the South, where it became a legend in many beach regions. Save the Last Dance for Me is the story of the shag and the development of the Society of Stranders, an organisation devoted to the dance and its culture.

In Save the Last Dance for Me, Phil Sawyer and Tom Poland retell the story of the legendary dance and its iconic presence at Ocean Drive, Myrtle Beach, and other South Carolina beaches. While contributing memories of shagging on Ocean Drive, Sawyer and Poland also discuss the actual dance steps that make up the shag. With the retelling of the shag story comes the unique story of the Society of Stranders. Formed in 1980 after a Red Sea Balsam bottle containing an SOS note washed ashore, what resulted was increased national publicity and five thousand ""stranders"" flocking to Ocean Drive Beach to show their support for the shag culture. The Society of Stranders, or SOS, and the Association of Carolina Shag Clubs together now consist of more than fifteen thousand members. The shag's past, present, and future are described here with archival and contemporary photographs.

The shag has become an important part of coastal culture for thousands, particularly in North Myrtle Beach, a community that has embraced the legacy of this dance. Save the Last Dance for Me tells the story of cultural change, including the separation and integration of races, and chronicles how rhythm and blues, Motown, and beach music evolved to create a social phenomenon that is still popular today.