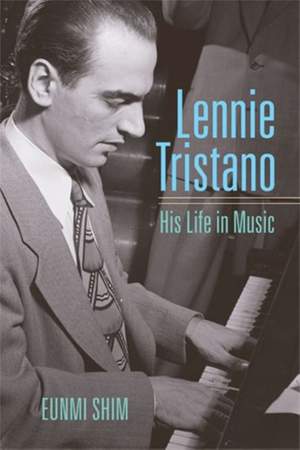 Lennie Tristano: His Life in Music

Lennie Tristano occupies a rare position in jazz history. Emerging from an era when modernism was the guiding principle in jazz, Tristano explored musical avenues that were avant-garde even by modernism's experimental standards. In so doing, he tested and transcended the boundaries of jazz. In 1949, years before musicians such as Ornette Coleman and Cecil Taylor took credit for the movement, Tristano made the first recordings of ""free jazz,"" a new kind of group improvisation based on spontaneous interaction among band members without any regard for predetermined form, harmony, or rhythm. Then, in the 1950s, Tristano broke new ground by his use of multitracking. Tristano was a musical purist as well as an innovator, vehemently opposing any commercial element in music and abhorring the music industry, which he perceived as pernicious to the spirit of jazz. However, like many purists, Tristano's independence prevented his music from receiving wide exposure. With its blend of oral history, archival research, and musical analysis, ""Lennie Tristano"" sheds new light on the important role Tristano played in the jazz world, and introduces this often-overlooked musician to a new generation of jazz aficionados.