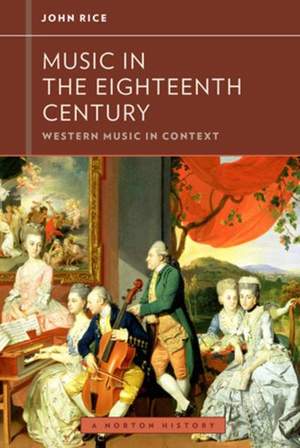 Music in the Eighteenth Century

John Rice's Music in the Eighteenth Century takes the reader on an engrossing Grand Tour of Europe's musical centers, from Naples, to London, Berlin, Vienna, Prague, and St. Petersburg -with a side trip to the colonial New World. Against the backdrop of Europe's largely peaceful division into Catholic and Protestant realms, Rice shows how "learned" and "galant" styles developed and commingled. While considering Mozart, Haydn, and early Beethoven in depth, he broadens his focus to assess the contributions of lesser-known but significant figures like Johann Adam Hiller, Francois-Andre Philidor, and Anna Bon.