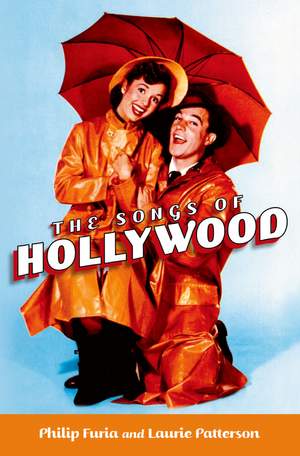 The Songs of Hollywood

From "Over the Rainbow" to "Moon River" and from Al Jolson to Barbra Streisand, The Songs of Hollywood traces the fascinating history of song in film, both in musicals and in dramatic movies such as High Noon. Extremely well-illustrated with 200 film stills, this delightful book sheds much light on some of Hollywood's best known and loved repertoire, explaining how the film industry made certain songs memorable, and highlighting important moments of film history along the way. The book focuses on how the songs were presented in the movies, from early talkies where actors portrayed singers "performing" the songs, to the Golden Age in which characters burst into expressive, integral song-not as a "performance" but as a spontaneous outpouring of feeling. The book looks at song presentation in 1930s classics with Fred Astaire and Ginger Rogers and in 1940s gems with Judy Garland and Gene Kelly. The authors also look at the decline of the genre since 1960, when most original musicals were replaced by film versions of Broadway hits such as My Fair Lady.