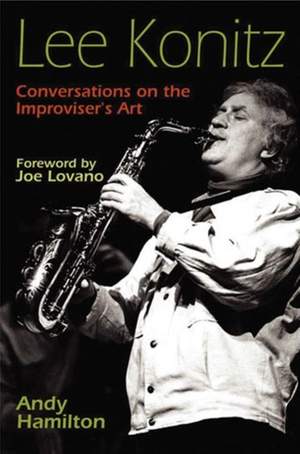 The preeminent altoist associated with the ""cool"" school of jazz, Lee Konitz was one of the few saxophonists of his generation to forge a unique sound independent of the influence of Charlie Parker. In the late 40s, Konitz began his career with the Claude Thornhill band, during which time he came into contact with Miles Davis, with whom he would later work on the legendary Birth of the Cool sessions. Konitz is perhaps best known through his association with Lennie Tristano, under whose influence much of his sound evolved, and for his work with Stan Kenton and Warne Marsh. His recordings have ranged from cool bop to experimental improvisation, and have appeared on such labels as Prestige, Atlantic, Verve, and Polydor. Crafted out of numerous interviews between the author and his subject, the book offers a unique look at the story of Lee Konitz's life and music, detailing Konitz's own insights into his musical education and his experiences with such figures as Miles Davis, Stan Kenton, Warne Marsh, Lennie Tristano, Charles Mingus, Bud Powell, and Bill Evans.