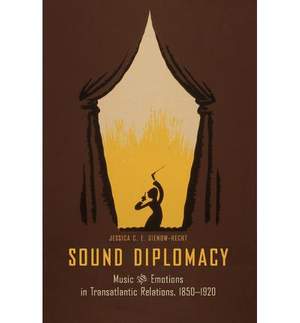 The German-American relationship was special long before the Cold War; it was rooted not simply in political actions, but also long-term traditions of cultural exchange that date back to the nineteenth century. Between 1850 and 1910, the United States was a rising star in the international arena, and several European nations sought to strengthen their ties to the republic by championing their own cultures in America. While France capitalized on its art and Britain on its social ties and literature, Germany promoted its particular breed of classical music. Delving into a treasure trove of archives that document cross-cultural interactions between America and Germany, Jessica C. E. Gienow-Hecht retraces these efforts to export culture as an instrument of nongovernmental diplomacy, paying particular attention to the role of conductors and uncovers the remarkable history of the musician as a cultural symbol of German cosmopolitanism. Considered sexually attractive and emotionally expressive, German players and conductors acted as an army of informal ambassadors for their home country, and Gienow-Hecht argues that their popularity in the United States paved the way for an emotional elective affinity that survived broken treaties and several wars and continues to the present.