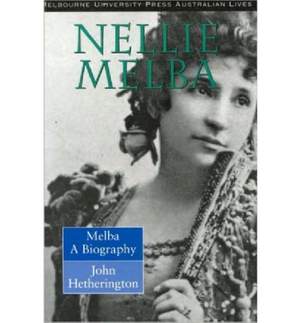 It wasn't enough for Melba to become one of the greats of the Golden Age of Grand Opera. She wanted to be the greatest. her glorious voice took her to the top; her ruthless determination to overthrow any rival kept her there long after the voice had begun to decline. Revealed in this relentlessly candid yet sympathetic study is Melba the drama queen, the monstrous prima donna, the canny businesswoman, the generous and kindly friend, the unique star who refused to fade.

'There are lots of duchesses but only one Melba' - Nellie Melba