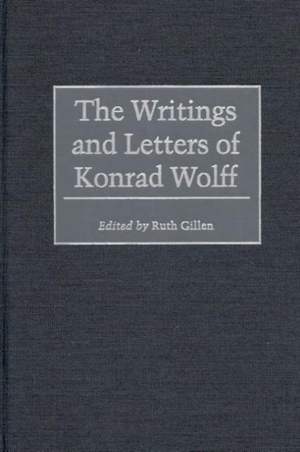 The Writings and Letters of Konrad Wolff

Even after acquiring the Doctor of Laws degree from both the University of Berlin and the Sorbonne (discussed in a letter, along with the effects of living in Europe during the Nazi era), Konrad Wolff's enthusiasm for music was so overwhelming that he became a professional musician in his mid-thirties. That enthusiasm is contagious. The more one reads his work, the more one understands music, but perhaps of greater importance, the more one loves it.

This is the only collection of a substantial quantity of his prolific writings (many never published before) under one cover. With almost 200 musical illustrations and his engaging style of writing, teachers, students, and sophisticated music lovers will find articles such as Schubert's Reaction to Beethoven, Bach's Last Work, and Beethovenian Dissonances in Listz's Piano Music a pleasurable read and an easy way to learn. Correspondence with Sviatoslav Richter, among others, and a brilliant debate between Wolff and Alfred Brendel are unique contributions. Also impressive is the breadth of Wolff's culture. As one scholar who had read the manuscript exclaimed: The writing is so brilliant that it can be applied to fields other than music, as well.