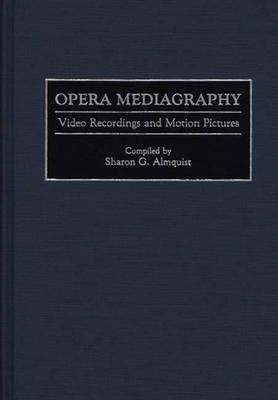 Opera Mediagraphy lists operas released as motion pictures, both as theatrical feature films on 35mm film and educational films on 16mm film and videorecordings, including the VHS videotape format and optical video laser disc, though restricted to those that have been released in the United States in the American television standard video called NTSC (National Television Standards Committee). In addition to all possible information available concerning each opera, citations to reviews are included from over twenty-two sources ranging from opera journals to video review periodicals to general publications. Each review is given a rating based on the mediagrapher's reading and interpretation of the reviewer's intent. This scholarly listing will be of interest to academic and public libraries as well as to individual opera fans.