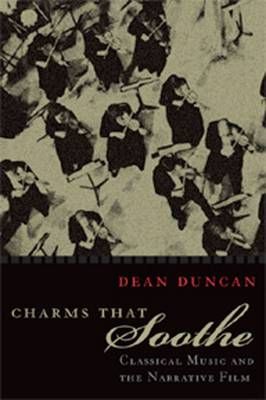 Charms that Soothe: Classical Music and the Narrative Film

From Chaplin's brilliant use of Wagner in The Gold Rush to the Bach chorale closing Scorsese's Casino, classical music has played a fascinating role in movies.
Dean Duncan provides a fresh critical survey of the aesthetics of classical music in film. Exploring tensions between high art and commercial culture, Duncan examines how directors quote themes and classical passages in genres ranging from the Soviet avant garde to Hollywood romances. Drawing on film theory, musicology, and cultural criticism, he clarifies the connections between two very different art forms.