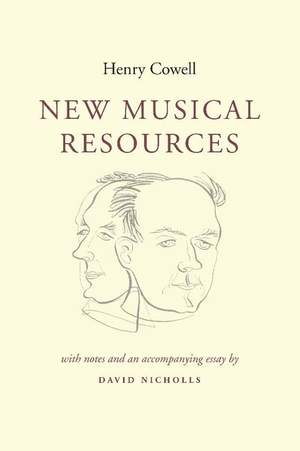 Since its original publication in 1930, Henry Cowell's New Musical Resources has become recognised as one of the few seminal technical studies to be written by a twentieth-century composer. In 1971, Virgil Thomson hailed it as 'a classic'. Cowell aimed to 'point out the influence the overtone series has exerted on music throughout its history, how many musical materials of all ages are related to it, and how … a large palette of musical materials can be assembled'. In this respect Cowell was anticipating many of the ideas to be realized in electronic music by Stockhausen and others. For this 1996 edition, David Nicholls has provided an explanatory essay and annotations to Cowell's text. The essay traces the sources for the book and attempts to place Cowell's theories in the broader context of musical modernism.